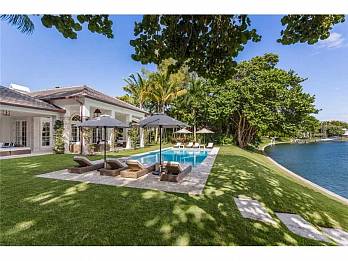 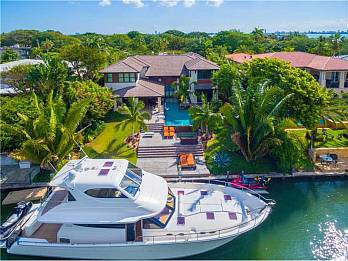 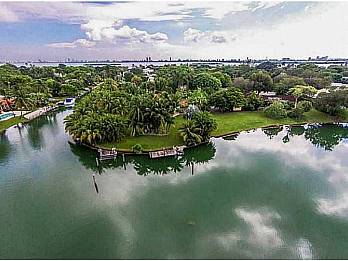 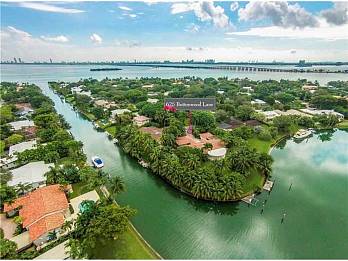 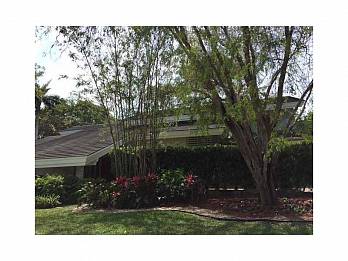 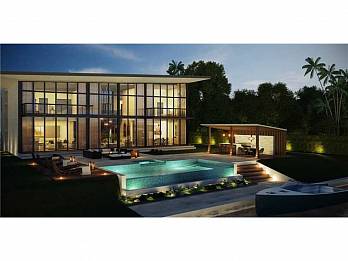 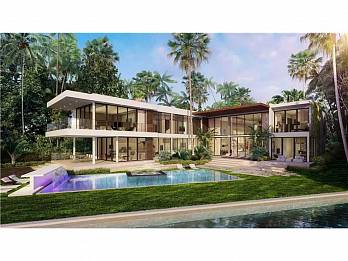 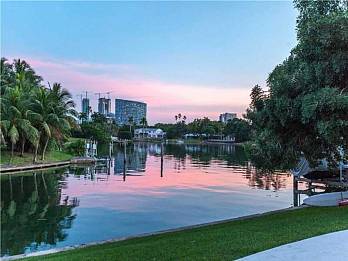 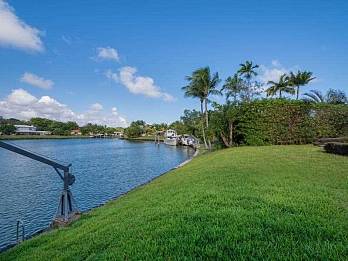 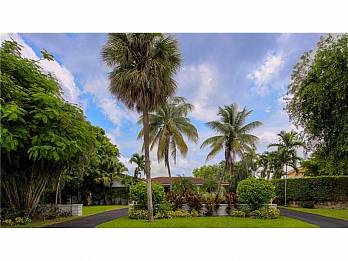 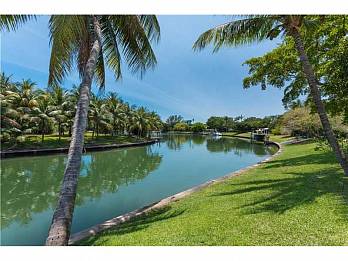 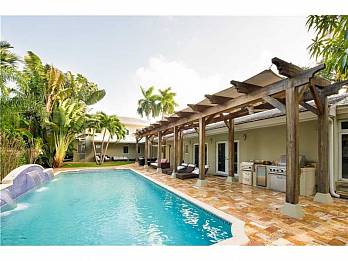 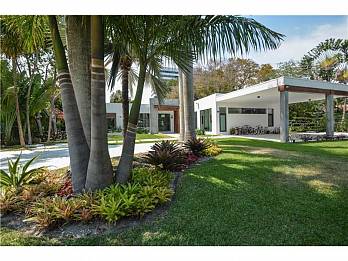 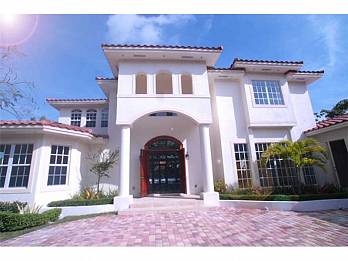 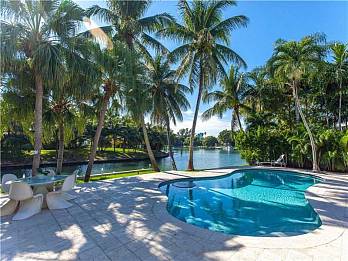 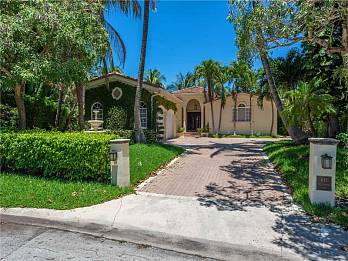 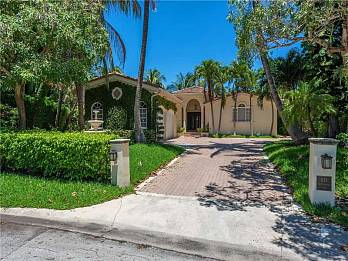 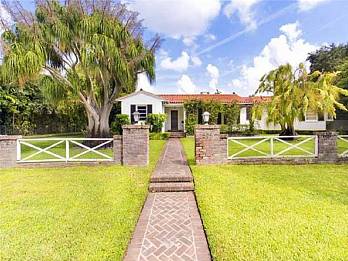 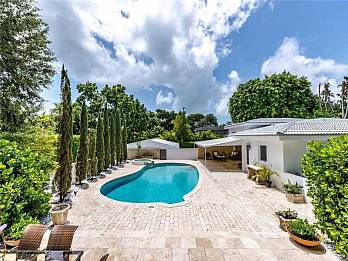 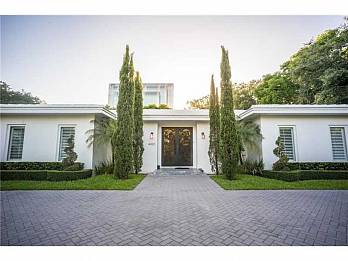 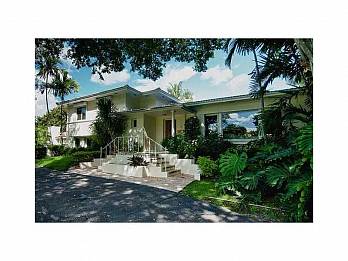 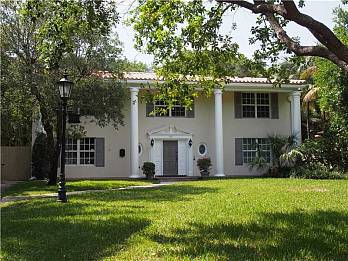 Posh waterfront gated community. Hot area with a mix of professional residents along with celebrities. Bay Point Miami is located on the Upper East Side of the City of Miami between NE 41st and NE 50th Street. The community resides to the south of the exceptional Morningside neighborhood and features a variety of different home sizes and architectural styles. The community enjoys extensive security and a beautiful waterfront setting.Bay Point Miami attributes a great deal of its popularity to the prime location.  With the emergence of nearby Design District, Edgewater, and Wynwood, Bay Point is surging in demand as a prime destination for active families. The neighborhood has been making quite a bit of news recently as one of the hottest palces to live in all of Florida. The Upper East side has undergone a tremendous resurgence within the past decade, and for single family home buyers, the prestige and safety of a gated community place Bay Point Miami at the top of the list regarding desirability and livability.

One interesting fact about the community is that the streets are all privately owned by their residents. This method of ownership serves to protect the streets and water frontage to Bay Point Miami homeowners, which total out to a mere two hundred and fifty. The twenty-four / seven patrolled security further makes this enclave all the more private and residential. It could be seen as a La Gorce Island of Miami for this reason...private, serene and tranquil, yet still very, very close to the action that downtown Miami has seen. And there is plenty of action nearby from a cultural and entertainment perspective. To best describe the exciting progress of the area, one would naturally start with the uber-posh Miami Design District, located adjacent to Bay Point between North 36th and 40th Streets. The ascension of that area alone has catapulted the desirability and value of Bay Point real estate.

Only a decade ago, the Design District was still lagging as the victim of urban decay. However, the last ten years have brought forth an incredible turnaround that is nothing short of miraculous. Developer Craig Robbins led the charge of an incredible metamorphosis into one of the most expensive and posh retail areas in the United States. Public and private investment into the area surged through the years, and the small local shops were bought out by iconic global fashion and luxury brands. The eighteen block area started the turnaround with designer Christian Louboutin opening his retail store and then was soon followed by Yohji Yamamoto. Next, a steady stream of top luxury retailers made bold moves by announcing that they would be closing their Bal Harbour stores and relocating to the Design District. The chic French Designer Hermes, famous for their outrageously expensive handbags, belts, and other luxury goods announced the opening of a thirteen thousand square foot flagship store (with their other two flagships residing on Rodeo Drive in Beverly Hills California and Madison Avenue in New York City). The area has exploded in popularity and is now the shopping hub for the rich and famous jet setters of the world. There are now over 100 luxury retailers open in the Design District. It's no doubt that Bay Point homes will continue to receive the benefits of appreciation due to the incredible value of the neighboring retail community. Bay Point Miami is consequently turning into another Beverly Hills.

Furthermore, if it wasn't enough to see the meteoric rise of the property values of the Design District, the area of Wynwood just to the South of the Miami Design District has experienced a rocket-like take off of its own. For what the Design District is to luxury retailers, Wynwood is the same for food, culture, and entertainment. It is an art-lovers paradise and is a focal point for the prestigious Art Basel event every December which is the greatest meeting concentration of wealth in the world every year. The rise in Wynwood offers tremendous benefits to Bay Point Miami real estate by offering its residents some wonderful dining and entertainment options that are only a few minutes away. Some of the ultra-popular restaurants in the area include the Wynwood Kitchen and Bar, Jimmy's Kitchen Wynwood and the delicious SuViche Wynwood. Spend a night out enjoying the countless special events near the Wynwood Wall art exhibitions and then stroll into the Michael's, the highly-acclaimed gourmet eatery in the Design District. Bay Point sits in the perfect location next to these vibrant communities.

The homes in Bay Point are quite impressive, both in their picturesque settings and by their architecture. Magnificent waterfront estate homes are present throughout the community with the most prestigious street being Sabal Palm Road, which has been widely recognized as on the most expensive residential addresses in all of Florida. Most of the few original homes still standing within the community were built in the 40's through the 60's, with a variety of styles from Mid-Century Modern to old world Floridian. However, the vast majority of those homes have changed hands during the recent boom and have been replaced with stunning more modernized designs. These designs make use of more wide open floor plans, walls of glass and large patios offering a perfect indoor-outdoor lifestyle to perfectly compliment the endless summer of South Florida.

The affluent residents that make up the neighborhood are a mix of successful business figures and celebrities. Some celebrities that live in Bay Point have included the iconic singer Enrique Iglesias, rapper DMX, and star baseball pitcher Livian Hernandez. Iglesias purchased a $26 mil 20,000 square foot waterfront mansion within the community in 2013. His Bay Point Miami home resides on a double lot with a tennis court (no doubt for playing with his longtime girlfriend) the beautiful tennis pro, Anna Kournikova. It is the second home for Iglesias in the area after recently selling his old home to move into the much larger dream home. They are widely known as kind and courteous neighbors by many within the community.

Another international celebrity has moved into the neighborhood as well, Miami Heat star point guard, Goran Dragic recently bought a six thousand five hundred sq ft waterfront home for $7,900,000. The magnificent waterfront estate is located on the famous Sabal Palm Road and boasts 7 bds, 6 baths and a gorgeous pool with amazing views of the Bay of Biscayne. Dragic signed a $85,000,000 five-year contract back in the summer of 2015 to play with the Heat, and he fell in love with the location and convenience of a Bay Point house. He quickly marked the community as his top choice and made the move to acquire his property at a good value. The superstar point guard's timing was outstanding because it is rare to find bayfront homes for sale in Bay Point.

Anyone looking to find homes for rent in Bay Point Miami may have a few options given the time of year. The exceptional schools nearby make this community a perfect one for families. The highly-acclaimed Cushman School is a private elementary school for grades Nursery through Eighth. The Design Architecture Senior High School (DASH) is extremely close by and is consistently ranked as one of the top high schools in the State. While the Miami Country Day School is a nearby private school that is well recognized for its ultra-small class size and nonreligious affiliations. The school resides on sixteen acres and has state-of-the-art sports facilities, programs and other top amenities for its students.

Bay Point Miami is truly a special community. For countless reasons, it is the rising star of all South Florida real estate. Browse our listings above and when you find the properties that interest you the most, please contact us. We will arrange a private tour and assist you with the process of finding you dream home.