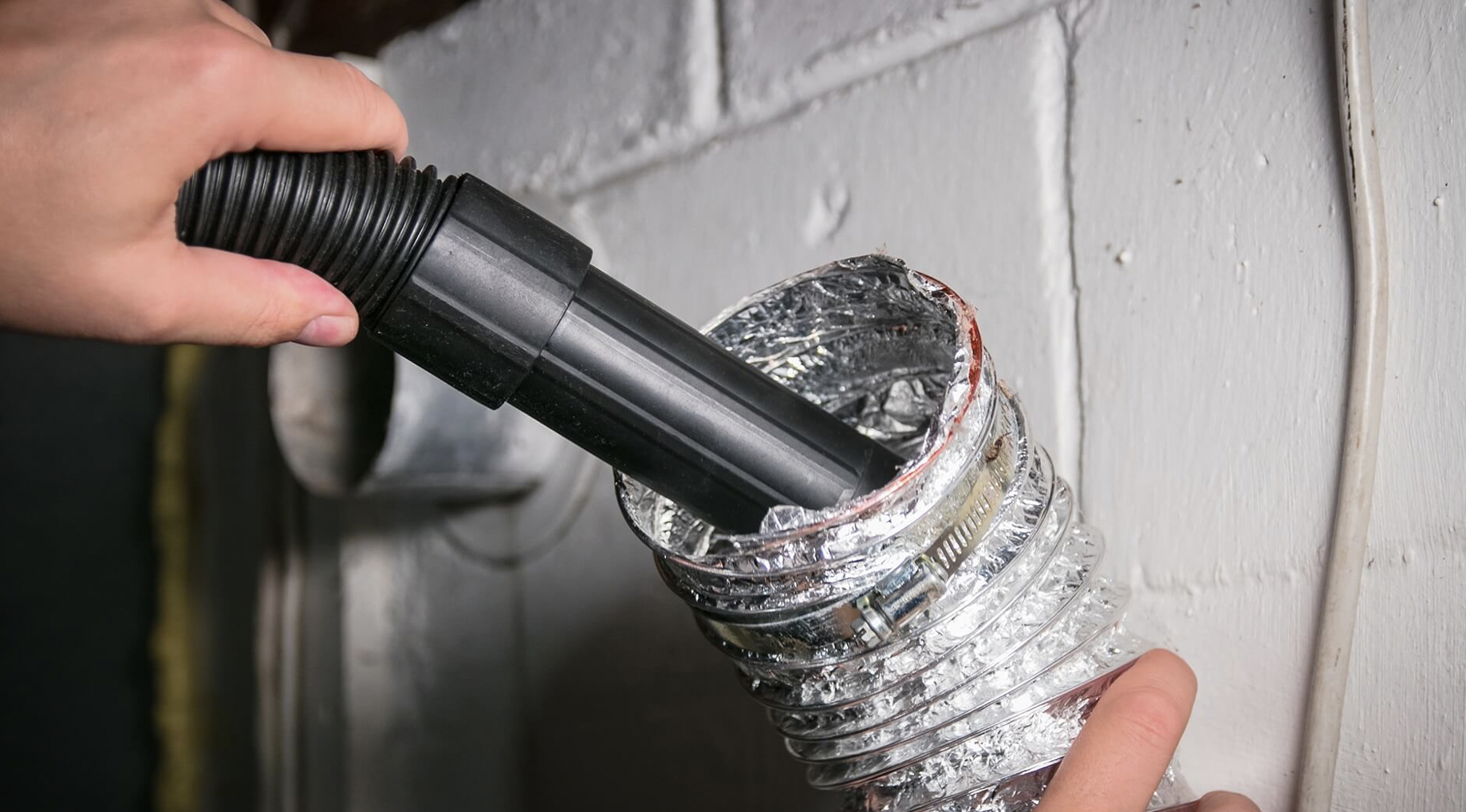 Are your clothes soggy when removed from the dryer? Do you feel a burning smell coming out from the unit? Well, the vent of your dryer is most likely clogged and requires immediate cleaning.

Exhaust vents become easily blocked due to lint accumulation, which is why homeowners need to clean the trap after each use. These ducts should be cleaned a few times annually by using a vacuum cleaner and a long brush. Homeowners can use a residential dryer vent cleaning service for a thorough cleaning and inspection of clothes dryers.

The following guide will introduce you to the common causes and warning signs of clogged vents, as well as some useful cleaning tips.

Common causes of a clogged vent

The accumulation of debris and lint is unquestionably the most frequent cause of clogged dryer vents. Such buildup prevents the flow of gasses and hot air from the appliance to the outside. The longer these gases are impeded from leaving the unit, the higher the chances of household fire.

Moreover, failing to clean the lint filter is another cause of a blocked outlet. These filters are supposed to be cleaned after each use of the dryer to prevent lint from reaching the exhaust duct. Otherwise, lint will penetrate the filter and gradually block the vent. Cleaning the lint trap takes no more than several minutes but it saves homeowners plenty of time on dealing with blocked ducts.

Another reason why dryer vents clog frequently is the presence of foreign objects in the lint trap. Household residents are often negligent when it comes to emptying their pockets before doing laundry. Consequently, it happens for coins, keys, and other small objects to enter the lint trap and find their way into the duct. Sparing a few moments for emptying the pockets of clothes prior to putting them in the dryer is essential for preventing clogged vents.

Dryers warn homeowners in numerous ways about the dirtiness of exhaust vents, reminding them about their obligation to clean them. For instance, units requiring a longer time for clothes to dry indicate lint buildup. Not only will your laundry remain wet, but also the energy bill costs will keep on increasing. The appliance uses more energy to perform its function instead of using the standard number of cycles. Check out this page for some practical tips about cleaning lint from a dryer.

Even though dryers produce a significant amount of heat to dry the laundry, excessive heat is a warning sign of a dirty exhaust duct. In case the unit and your clothes are overly hot after the completion of the last cycle, it means you should have the vent cleaned. Also, it’s common for homeowners to sense a burning smell or a musty odor coming from the appliance.

Ultimately, the flammable nature of lint is capable of triggering a household fire. After showing the above-mentioned warning signs, a fire might start in the vent and spread throughout the house. Make sure you avoid such a disaster by cleaning the dryer vent at least once annually.

How to clean it?

In order to clean the dryer vent efficiently, one is supposed to gather the right tools before rolling up the sleeves. You’d need a vacuum cleaner with a hose attachment, a special brush with long bristles, a drill, a flashlight, and screwdrivers. Once you have the necessary tools, it’s time to locate the duct.

The only way to have the ventilation system of this appliance thoroughly cleaned is by locating it and finding its exit point. Most units have the exhaust duct located in the back of the appliance, connected to ductwork via a metal pipe. The exit vent, through which hot air and gases are removed, is located in the lower part of houses.

Afterward, make sure you disconnect the dryer by unplugging it from the socket for better safety. In the case of gas dryers, you need to switch off the gas valve before cleaning. The vent pipe is also supposed to be disconnected in order to pull the unit further from the wall. Nevertheless, homeowners are advised not to reposition gas units so as to prevent gas leaks. The following link, https://www.thespruce.com/disconnect-move-and-install-clothes-dryer-2145850, includes some useful tips about disconnecting, moving, and installing a clothes dryer.

Once you remove the lint trap filter, it’s time to vacuum it by using a vacuum with a long hose. After vacuuming, make sure you clean the filter one more time with the help of a long brush. Make sure no debris is left in the cavity by repeating the vacuuming and brushing procedure as many times as necessary. Don’t forget to vacuum the bristles of the brush after using it to remove all traces of lint.

The following step of the journey is cleaning the ductwork. Use your flashlight to check for any stuck items inside the vent, such as garments or rags. After making sure there are no objects inside the duct, use a round brush to clean this section. The brush should be moved in a rotating manner and moved back and forth multiple times. The procedure has to be repeated until all dirt and debris is eliminated from the vent.

After cleaning the ductwork, use the vacuum cleaner to remove all lint on the floor of your laundry room. Then, the unit is supposed to be back to its previous condition. All ductworks should be reattached with clamps, tightened with the help of a screwdriver. Don’t forget to plug the cord into the socket or turn on the gas valve for the appliance to be completely functional.

The ultimate step is making sure the dryer works properly by doing a trial run. Following the process of cleaning, your unit will be more powerful, utility bills will be lower, and clothes will no longer be soggy when taken out of the dryer.

Keep your unit in an optimal condition to prevent household fires.