Advantages of Living in a Gated Community 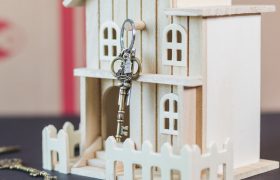 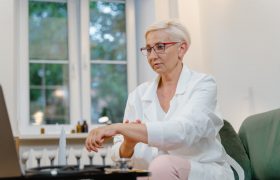 Weatherproofing an Older Home: What are Your Options? 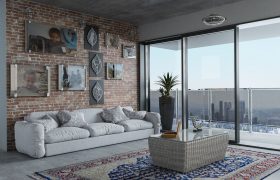 7 Amazing Airbnb Designs Sure to Give You Inspiration 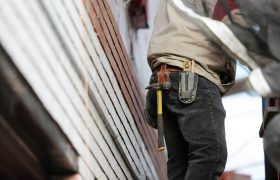 Advantages of Living in a Gated Community

Link to the royalty-free image by Sze yin chan here

To understand whether these trends are likely to continue and to determine whether the high price is justified, let’s look at the top advantages of living in a gated community as cited by homeowners in North America.

A Greater Sense of Community

While detractors of gated communities often cite how they serve to exclude people and isolate homeowners, those who choose to live in gated communities frequently say it is the sense of community, of belonging to a closer-knit neighborhood that they find most appealing.

Most of the higher-end gated communities offer shared amenities such as parks for children, tennis courts, a swimming pool, and a clubhouse where the HOA or neighborhood volunteer associations can host regular events or get-togethers – yoga classes, book clubs, wine tastings, etc.

This kind of built-in social infrastructure can be especially helpful to people fighting loneliness when working from home as well as to retirees hoping to integrate into a socially active community.

An Increased Sense of Security

And an increased sense of security also translates into greater peace of mind for the residents. So, while the veracity of the claim that gated communities are safer can be called into question. The positive effects of this perception should not be so quickly dismissed.

Higher Standards in Construction and in Equipment

Building standards can vary greatly from one housing complex to another. However, gated communities are often built collectively, meaning that all or the majority of the homes are built at the same time as opposed to one after the other which is the case in most non-gated housing complexes.

This means that the developers are able to save on building materials and labor since they purchase in bulk. It also means that the standards they set are easier to meet since there is often a high degree of uniformity in the homes that are constructed. Fewer variables mean fewer opportunities for problems.

Meeting high building standards is often accompanied by high standards in equipment and furnishings, such as roofing, windows, and HVAC systems – though this is still no guarantee that you won’t need to troubleshoot your HVAC ventilation issues.

Since only the residents of gated communities and their guests are allowed to enter, it stands to reason that there is significantly less through traffic in such neighborhoods. Less traffic means less noise, less pollution, and a decrease in potential accident risks, which is especially important when children are playing outside.

The popularity of gated communities has not diminished in recent decades. And the reasons homeowners find these types of communities appealing don’t seem to be tied to any passing fancy or any concerns that are likely to go away any time soon. Therefore, there doesn’t seem to be any indication that the popularity of gated communities, the ability for homes in these communities to retain their high value, and the relative ease with which they are resold should decrease any time soon.

6 Biggest Advantages of Hiring a Mortgage Broker Weatherproofing an Older Home: What are Your Optio ... 7 Amazing Airbnb Designs Sure to Give You Inspirat ... How to Build a Sturdy, Functional Pole Barn Fast 5 Crucial Factors to Research Before Buying a Prop ...

Next post:
Glass Bifold Doors: Increase the Value of Your Home