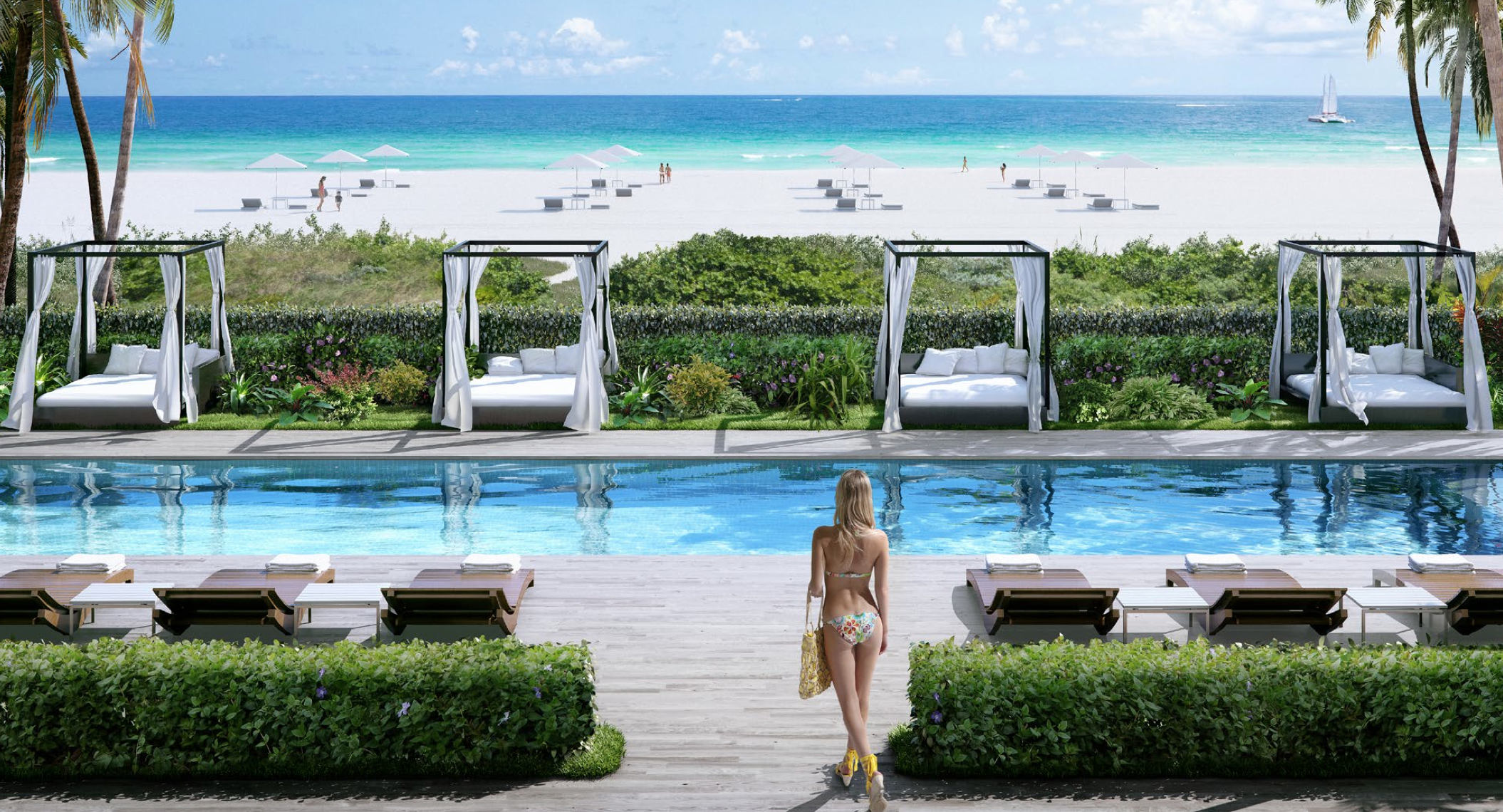 Demand for South Beach condos has never been greater. With 321 Ocean, Glass, Marea and One Ocean condominium towers all on the way, the South of Fifth neighborhood is leading the explosive demand for South Beach real estate.  Factor in Palau Sunset Harbour, which recently secured its $13.4 million construction loan from C1 Bank, and its easy to see that South Beach is in the midst of a development boom.  The surges of cash buyers pouring into South Beach condos see the irreplaceable, one-of-a-kind global travel destination as an enticing spot for investments.

South Beach condos in prominent buildings like the Setai and Apogee are leading the appreciation of the market over the past three years.  Apogee has been selling recently at prices in the $2,500 to $3,000/SF range.  And the Setai has set Miami Beach records by selling an incredible penthouse for $27,000,000, which worked out to $3,800/SF. Quite impressive figures that have South Beach condos set to rival many of the world’s most expensive condo communities.

The international attraction to South Beach condos isn’t isolated to a few countries, the demand appears to be quite spread out amongst Europe and Latin America. The French community has a strong influence in the nightlife scene on South Beach – owning many of the most popular clubs and managing many of the ‘IT’ restaurants.  Check out Baoli Miami on a Wednesday night, and you’ll definitely feel the chic French influence and highly attractive crowd.  It feels a bit like St. Tropez, which is where a large group from the South Beach nightlife scene migrates during the summers. Consequently, to some it might feel like South Beach has a predominate influence of French.

Many of the condominum buildings that are located on the water in the South of Fifth neighborhood have experienced tremendous price appreciation over the last three years.  Some lucky owners of these South Beach condos have experienced 100% appreciation in the value of their homes since 2011.  The US stock market has made some handsome returns as of late, but no paper asset returns can compare to South Beach real estate as of late.

Crescent Heights currently has ambitious plans to build the tallest building on South Beach at 500-700 Alton Road.  The 50 story tower would no doubt be in hot demand, but things will not be so easy for the developer to see the project through to fruition as planned.   There are current issues hovering over the project that deal with height restriction approvals and whether or not the three parcels can be considered as a single parcel for development purposes. The developers want to build the entire building on the southwest corner of the property, leaving the rest of the land for a park, most of which would be open to the public.  (I like the idea of the park).

All in all, demand for condos on South Beach seems to be insatiable at the moment; eager buyers simply can’t get enough new condos to satisfy their appetites.  Help is on the way with several new buildings under construction, but the grand daddy of them all from Crescent Heights is still very much TBD.