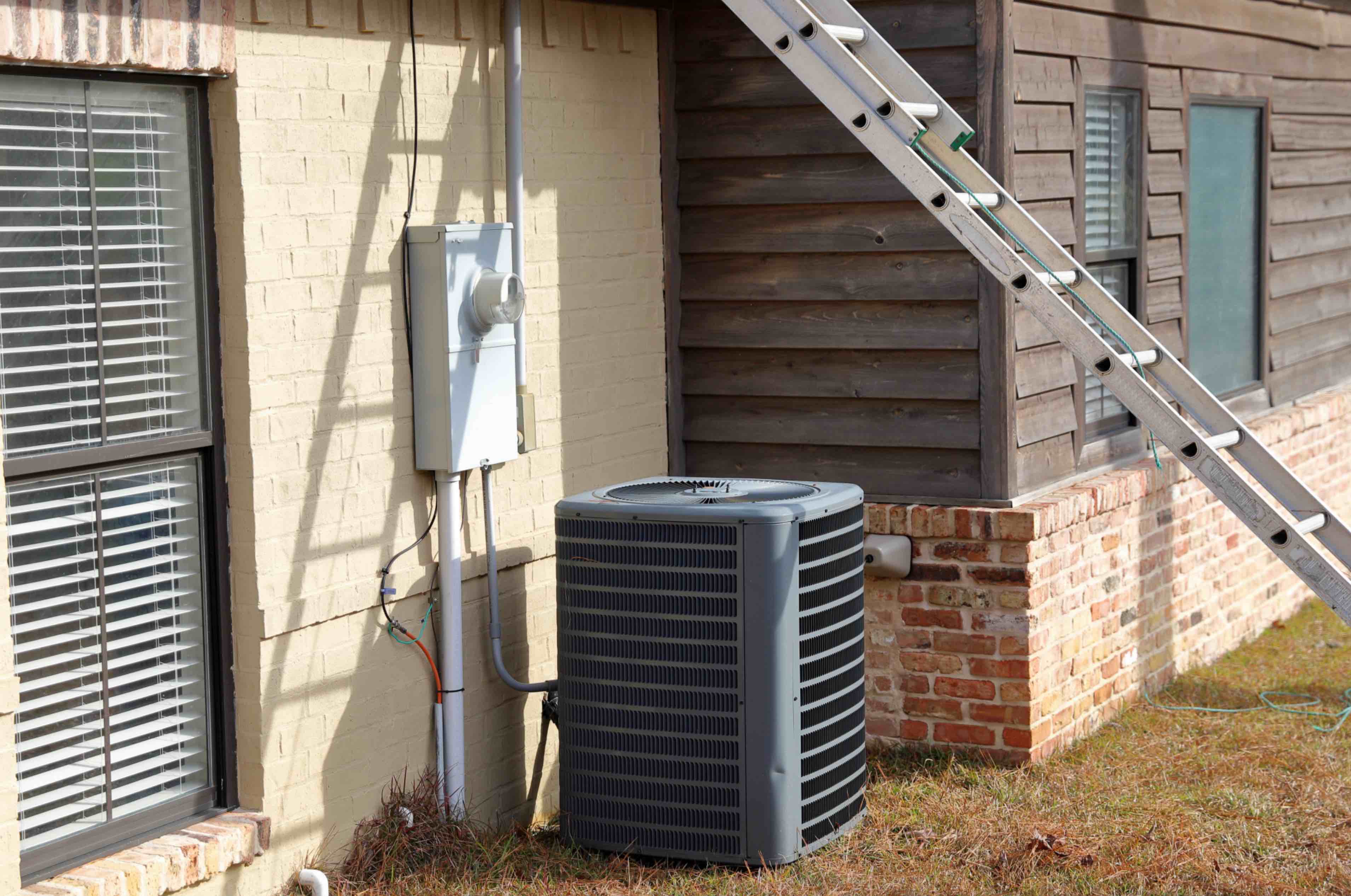 There’s no getting around having air conditioning in this climate. Especially considering that local summer temperatures can hit an average of 89F.

But what if your central air conditioning unit or your window a/c just isn’t cutting it anymore? You could stand by the open fridge all day (not recommended), or you could consider the benefits of a ductless a/c system.

What’s ductless a/c, and what’s so good about it? Read on to find out 6 ways it can benefit your home or beach condo…

What is Ductless A/C?

One component of the ductless system is installed in the rooms you want to be cool, while the condenser is placed outside. The indoor unit can cool one space or multiple areas. You can control the temperature of each space independently.

The indoor unit sucks in a room’s air and cools it while spitting out condensation to the outside. However, the outdoor unit is the real workhouse that circulates the refrigerant with a compressor through insulated tubing to the house.

It’s up to you where you place the air handlers. You can mount the indoor components on a wall or ceiling, while the outdoor unit can be mounted above the ground to save outdoor space.

Ductless units are becoming more popular in the area, and this company is one that knows the advantages of using one.

While window a/c units can be effective, one of the chief complaints about them is that they are noisy. That’s because the motor is contained within the unit, rather than outside.

With a ductless a/c system, the compressor is mounted outside, so the noise doesn’t fill the home as cool air does. It’s also quieter than a central air system because there’s no air being forced through ducts.

2. The Outside Stays Outside

When you have a window a/c unit, if the seal around it isn’t tight, it can invite indoor air inside. Not only will that make the unit less efficient (especially when it’s very hot outside), it also means allergens can get in.

Ductless a/c does not leave any gaps for outside air to come in uninvited. With a ductless unit, only a small hall needs to be drilled in the wall during installation. Many of the units can clean the air with built-in filtration.

Also, consider that central air and heating requires duct cleaning from time to time to ensure impurities aren’t distributed around the house. Because ductless units don’t rely on ductwork, there’s much less chance of this happening.

Running an a/c compressor requires power. However, statistics show that running a ductless a/c system can be up to 25 percent more efficient than central air units.

The Seasonal Energy Efficiency Ratio (SEER) for ductless systems is relatively high. SEER measures how much electricity is used to run the equipment properly. Ductless units run around 13 to 33 SEER (the higher the better), while older a/c units can rate less than 10.

While ductless can cost a bit more initially than central air, you can expect energy savings down the road.

With a central air unit, the temperature in your home can still be inconsistent. There are factors such as quality of ductwork and insulation that can affect the climate from one room to the next. Also, while warm air rises, sometimes cool air through ducts doesn’t reach the upper floors as well as lower ones. This is especially true for aging a/c units.

With a ductless a/c, you can place the air handler in the room where you want to be cool. That means the cooled air will be delivered directly to that space. So if you spend a lot of time in the living room, for example, you could put it there. Other popular places for ductless systems are bedrooms and sunrooms. Another place to consider ductless air is for an office in the attic.

At the same time, you won’t be cooling spaces in your home that you don’t use or are already relatively cool. That will make the unit more efficient and easier on the environment.

5. They Can Double as Heaters

Surprise! Ductless a/c units can also act as heaters for those cooler nights in January. That means you’ll not only save money from air conditioning, but you can cut your heating costs from electric baseboards as well with one system.

You may not need heating nearly as often as air conditioning year round, but there have been some record low temperatures reported in the area that will definitely benefit from a reliable heating solution.

Many older homes with limited ductwork (or no ductwork) are fine in the winter time. That’s because you can use a baseboard electric heater, space heater or a radiator to keep each room comfortable if needed.

But what about when the warmer temperatures come around?

Obviously, in this case, investing in central air would not be a good option due to the lack of air flow through the house. You could try ceiling fans, but those can only do so much when it’s sweltering out.

In this case, a ductless a/c may be your best bet. You won’t have to worry about retrofitting ductwork into your home, which often is not possible due to space and budget.

Older homes may have ductwork that is damaged or leaking. However, you won’t lose any efficiency through poor ductwork with a ductless a/c.

Ductless For Any Type of Dwelling

Whether you have a one-bedroom apartment or an oceanside home that has many rooms to cool, you can consider a ductless a/c system. Not only is the unit easy to install (by a professional), you can also reap the benefits of lower long-term costs and improved comfort.

If your current a/c isn’t performing the way it once did or your ducts are failing, then a ductless unit is definitely something to consider.

Previous post:
When Is It Time to Replace Your Home Windows? Here Are the Common Signs!

Next post:
10 Driveway Design Ideas That Will Make You Excited to Arrive Home