Home / SkyFive Properties Blog / When Is It Time to Replace Your Home Windows? Here Are the Common Signs!

When Is It Time to Replace Your Home Windows? Here Are the Common Signs! 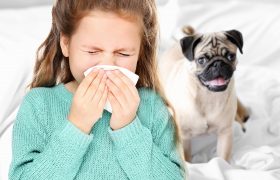 When Is It Time to Replace Your Home Windows? Here Are the Common Signs!

As of April 25th, 2019, home ownership in the United States is seeing new highs with a staggering 64.2% of people living in spaces that belong to them.

That heightened number likely comes thanks to the rapidly improving economy and consequential bullishness on the part of buyers and lenders.

While owning a home can be a lot of fun, it exposes you to a number of things that you’ll need to think about that you may have never considered as a renter. Among those things are deciding when it’s time to replace home windows.

If you’re not sure if your windows are due for a swap, below, we’ve compiled a list of signs to watch out for that can help you better understand when it’s time to pull the trigger.

1. Your Windows Are Damaged

The easiest sign that you’ll want to watch out for is if your windows are clearly damaged. Damage isn’t always as obvious as an outright shattered piece of glass. Damage can come in a variety of more discreet forms.

For example, if your window’s panes seem warped, meaning bent due to moisture absorption, you’ll want to think about getting them replaced.

Also, windows sporting small cracks should be swapped out. We get that the last thing you want to do is reinstall windows and read another “how shutters are installed” guide to get everything back to normal—but keep in mind that cracks grow… fast.

A small crack today could end up being a big one tomorrow, which could then lead to an outright shatter.

2. Your Energy Bill Is Mysteriously Climbing

A good window lets you peek out at what’s going on outside, but doesn’t actually let things in or out.

Unfortunately, as windows grow older, they tend to get lazy when it comes to securing their boundaries. They begin letting your hot and cold air escape. That results in your HVAC system needing to work overtime to compensate.

If you’re noticing that your electricity seems to be going up each month with no explanation, lack of insulation caused by old windows could be at fault.

If you’ve just secured a loan for a home remodel, we recommend putting your windows on your to-do list. Sure, if your windows seem okay, it’s tempting to just remodel around them.

The truth is though that old windows in a newly remodeled home can stand out like a sore thumb. You may have not noticed your window’s age when your home was equally-aged—but when you give your living space a facelift, you’re going to see the contrast.

Avoid the eyesore and give your windows the attention that they need.

4. A Storm Is Coming

When a storm is rolling into town, replacing your windows beforehand seems a little counter-intuitive… Right?

If your home does not have storm-ready windows, you can expect that they’re going to shatter when high winds hit them, which can be a real problem. Because of that, it’s always worth being proactive and getting windows that are built to withstand pressure before that pressure blows into your neighborhood.

5. There Are Streaks Between Your Panes

Double and even triple glass pane windows are becoming insanely popular due to how great they are at keeping noise out and hot or cold air in. The big downside with these kinds of windows is that they’re prone to internal leaks.

Multi-pane glass is literally multiple sheets of glass sealed together. When that seal breaks, water can slip between panes, which creates streaks that you can’t clean and that look downright bad.

Are you noticing annoying streaks that you can’t get to in your multi-pane windows? If so, your best course of action is to swap them out.

6. Your Home Is Hitting the Market Soon

Curb appeal is among the top factors that help homes sell. After all, it’s the very first thing that prospective buyers will see when they’re passing by your house. First impressions are everything!

Consequently, if your house is hitting the market soon, you should consider replacing your windows—at the very least, the ones facing your curb.

It might not seem like a window swap will do too much for your selling prospects, but once you have new windows in place, you and buyers will both be blown away by how much staging “oomph” those sparkling sheets of glass will add to your home’s facade.

7. There Have Been Break-ins Locally

Newer windows come with higher standards of safety in the way of increased strength. That should be important to you if you’re noticing that your neighborhood wasn’t what it once was.

Remember, windows represent an excellent opportunity for bad actors to rob you, or worse. Don’t make those intruders’ negative intentions easy to carry out by sporting windows that won’t put up a fight.

So, When Is It Time to Replace Home Windows? It Could Be Now

We get the question, “when is it time to replace home windows?”, all the time. The truth is, there are a vast array of reasons why you might want to take a look at getting your windows swapped out.

Hopefully, our reasons above have given you things to think about. If you find yourself looking for more information on how to best manage your home, or want to move into a new one, check out more content here.

6 Tips And Strategies To Scoring The Best Property ... General Tips for Success When Building a Custom Ho ... 10 Factors to Consider When Choosing the Best Area ... 5 Signs That Your Heating System Needs Repair Property development in Dubai

Previous post:
How to Know What Size House is Best for You

Next post:
6 Eye-opening Reasons To Upgrade To Ductless A/C System